This is the story of how our homeschool journey began. 🙂

It was a crisp September day in Ontario, Canada. We had just moved our family from Arizona and it was the first day of school for our four children. After dropping our oldest son off at his new high school, we were standing in the office of the combined elementary-middle school with our two daughters and our youngest son. He was 5-years old and this was to be his Kindergarten year so imagine our surprise when we were informed he had been placed in a first-grade class. In Arizona, the year before, he’d been too young for Kindergarten, due to his December birthday. Now here we were in Canada where he was suddenly too old for Kindergarten because he was 5 turning 6 instead of 4 turning 5.

I was deeply upset for a couple of reasons. First, I had been counting on my son being home with me for half of each day that school year. I wanted that transitional year to help me prepare for something I was dreading- being home alone during the day without a child of my own to watch over, for the first time in fifteen years. More importantly, I knew my son wasn’t ready for first-grade. He was still learning his letters and sounds and he wasn’t emotionally ready for all-day school. We expressed our concerns to an unsympathetic, impatient staff who refused to allow us to meet with the vice principal. Dejectedly, we dropped our son off at his classroom and I left in tears. In my heart, I knew this wasn’t right.

At first we rolled with it believing we had no other choice. We told ourselves that our bright little boy would be just fine, and he did seem to be just fine going off to school with his two big sisters and a brand new superhero backpack. My husband started bragging to his co-workers that his son was skipping a grade. I naturally was a little depressed, spending my days unpacking in a silent house with only myself for company, but I put on a brave face for my son. Our main concern was that he was considered to be “behind” his Canadian peers from the get-go. We planned to tutor him ourselves after school and we requested help from his teacher so we could work as a team, but she didn’t have any resources to share with us and the school clearly expected us to make it work on our own.

Four months later, the novelty had completely worn off and reality had set in. My son’s teacher had issued him all D’s on his first report card! Because he wasn’t yet reading and writing, he couldn’t keep up with his class. Our grand plans to tutor him after school went down the drain because he came home from a long day at school and he simply shut down. It became a challenge to get him out of bed in the mornings. I was bribing him to get him from our front door to the school yard, where he’d cling to me until the bell rang. Then I would literally push him inside the school door after the rest of his class had filed in. 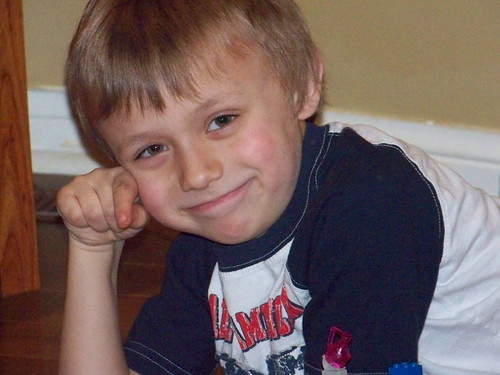 One day at recess, he ran away from the school yard in the general direction of home. Luckily, his sister saw him and was able to chase him down. She was so upset by the incident that the school phoned me, just to let me know both children were safe and in their opinion, my daughter was overreacting. They didn’t see it as a big deal, but I did. My little boy was sending me the message that he was fed up with this school business and who could blame him? The first year of school is supposed to be FUN! It’s supposed to be filled with hands-on activities like finger-painting, building Lego towers and discovering your first ant hill. Instead, at the age of 6, my son was expected to sit quietly and still at a desk for most of six hours, taking instruction and following directions that mostly involved worksheets. There was very little movement and precious limited playtime allowed. He even had to eat lunch alone at his desk. At. The. Age. Of. Six.

It broke my heart to see my son wake up every morning completely dreading the day ahead of him. Instead of looking forward to going to school, he actually feared it. I had no idea what to do however. It wasn’t until I was at a friend’s house venting about the whole situation that the solution presented itself. This friend just happened to homeschool. She looked at me and said something like, “Camie, your son is miserable and so are you. Why don’t you just pull him out of school and teach him yourself? It’s Kindergarten, not rocket science!” It was as if a ray of sunshine filled with hope popped out of a cloudy sky. Even though this was going into uncharted territory, it appealed to me right away. 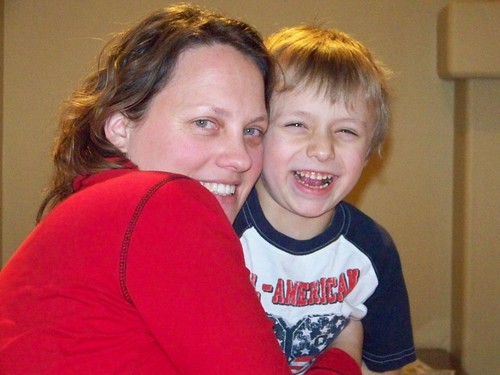 In Canada, homeschooling is a protected right just like in the states and in Ontario all that was required of us was to notify the school in writing. I gave my son’s teacher a heads-up, and we set Valentine’s Day as my son’s last day in her class. (By the way, my son’s teacher was on board with our choice to homeschool.) I purposely waited until that morning to turn in my notification form to the school office. As soon as the staff realized what I was doing, they requested I stay until the vice principal could meet with me. I thought that was so ironic! He made time to see me right away. He sat at a table across from me and proceeded to tell me that I was making a huge mistake and was about to ruin my son’s life. He even used our moving around as one of his reasons, saying I’d already uprooted him to a different home and now I was going to confuse him even more by pulling him out of school. He continued by claiming I was overly-attached to my son, and he even said that surely I had better things to do with my time! I kept meekly stating that I had every right to homeschool. I left his office in tears, after making a weak promise to wait for him to see what help the school could offer my son.

I went home and collapsed on my bed. I knew in my heart I was doing the right thing, even if the vice-principal had just shaken up my confidence. Two hours later, my phone rang. I didn’t pick up, wanting to avoid another conversation with the vice-principal. He left a message claiming he had arranged for my son to be pulled out of class twice a week for some kind of help. I think that message only fortified my resolve. I sent my husband to pick up our son from school that afternoon. The vice principal was waiting to speak with him. My husband told him a thing or two! And when the vice principal once again brought up the help the school was suddenly willing to offer our son, my husband replied that it was “too little, too late” and added, “My wife will give my son all the attention he needs every day.” And then he marched out of that school, hand in hand with our son.

I can honestly say that decision was life-changing for our family, in the best way. The change in my son was a night and day difference. We quickly fell into an unschooling rhythm that felt completely natural and worked beautifully for us. We visited the library a lot, read a lot of books together and we spent a lot of time outdoors where my son could freely explore. For that reason we named ourselves, “Two Cute Explorers”. Within a couple of months, my son was reading and writing, having only needed a relaxed, nurturing environment instead of an forced, sterile classroom. And I can’t tout the benefits of homeschooling enough. Most of all, for young children, being at home allows them to PLAY and learn naturally. I discovered that whenever my son chose his own subject to study, he actually retained more of what he studied because he was invested. It meant something to him. I can’t remember most of what I learned in public school.

The following year, I pulled my youngest daughter out of middle-school. She had endured enough of petty middle-school behavior from her “friends” and I was tired of seeing her come home from school in tears more afternoons than not. Soon after that, we discovered Liahona Academy and my oldest daughter happily left the worldly environment of high school behind to join us at home. (By this time our oldest had graduated from high school.) The rest as they say, is history. A happy history. 🙂

6 thoughts on “Our Homeschool Story”