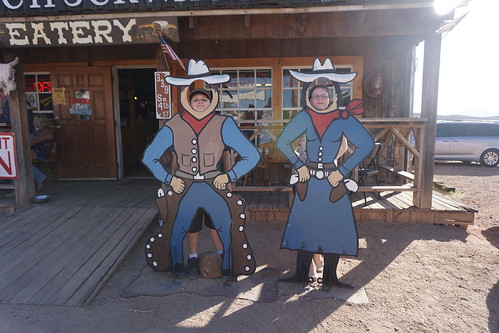 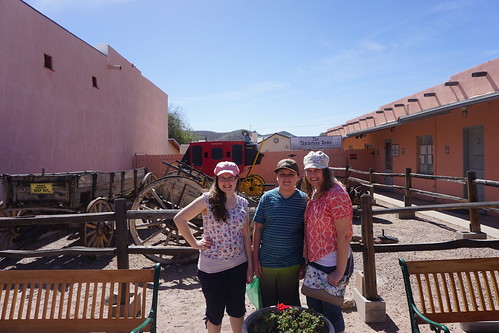 It was a beautiful day, not too hot for Arizona, and the crowds were light which was nice. 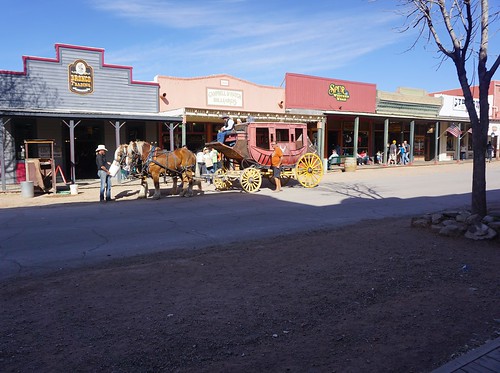 Tombstone is a living town, rich in old west history which you can read about here. The kids and I went through a walking tourist attraction which featured the ghost of Doc Holliday. It had some fun special effects and legendary stories. 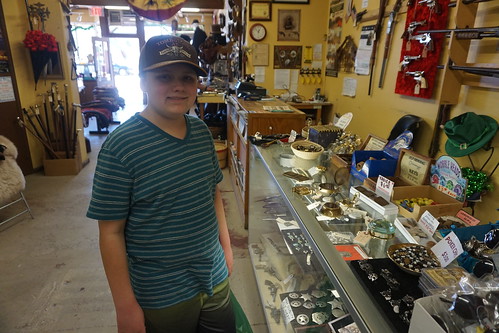 We enjoyed browsing the many shops along main street. We also went into the Big Iron Shooting Gallery and shot some pistols which was cool. (David forgot to take pictures of us while we were shooting.) 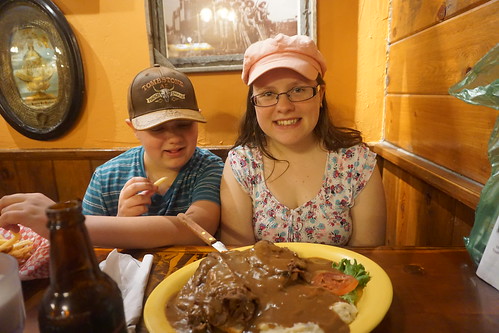 We ate lunch at The Longhorn Restaurant. The food was really yummy! 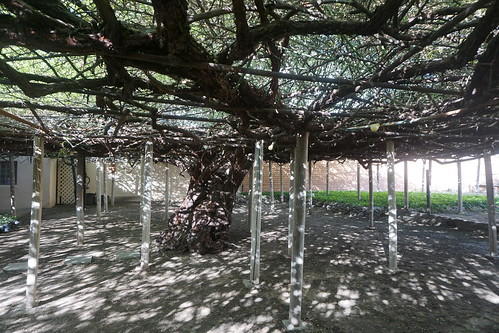 My favorite part was visiting The Rose Tree Museum and seeing the world’s largest rose tree. 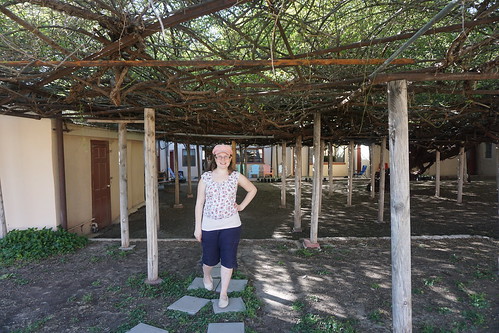 It’s a White Lady Banksia and the original root came from Scotland in 1885! We were too early to see it bloom, but it was still neat to walk underneath it. In April we’ll have to come back to see its millions of tiny white blossoms. 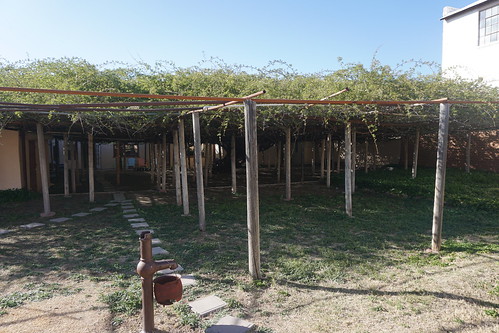 In the fall of 1884, a young mining engineer and his bride, a girl named, Mary, who was from Scotland, arrived in Tombstone and took lodging at a boarding house run by Mrs. Amelia Adamson. Mary and Amelia became friends. When Mary and her husband later moved into a house of their own, Mary’s family sent her a box of rooted shoots of the Lady Banksia Rose. Mary gave one of these shoots to Amelia and together the two friends planted it in Amelia’s patio. In 1919, the property was sold to Mr. and Mrs. Macia and it was Mr. Macia who came up with the trellis for the rose tree. Today it spans over 8,000 square feet!

7 thoughts on “First Visit to Tombstone”