My 18-year old daughter read Fahrenheit 451, by Ray Bradbury, for her online English class, and was given the assignment to complete a project related to one of the novel’s themes.

She chose to use her creative talents and produce this lovely piece of artwork which reflects her love for art, books and fairy tales. 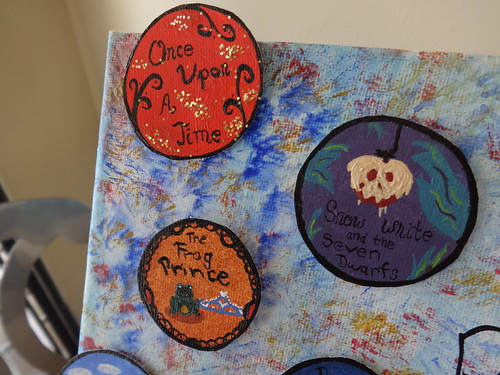 She chose a fairy tale quote by Hans Christian Andersen, who wrote such fairy tales as The Little Mermaid, The Ugly Duckling and The Princess and the Pea, none of which are depicted on her fairy tale “bubbles”. (She first chose her favorite fairy tales and later found the quote.) 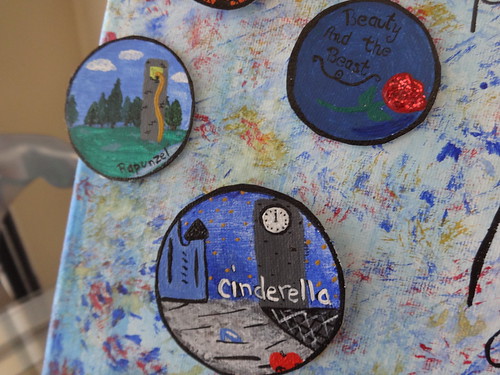 All of her fairy tale bubbles, except for, Beauty and the Beast, which originated from French novelist, Gabrielle-Susanne Barbot de Villeneuve, were made popular by the Brothers Grimm. It was this rendition of, Beauty and the Beast, that the girls and I recently saw performed by Ballet West in Salt Lake City. 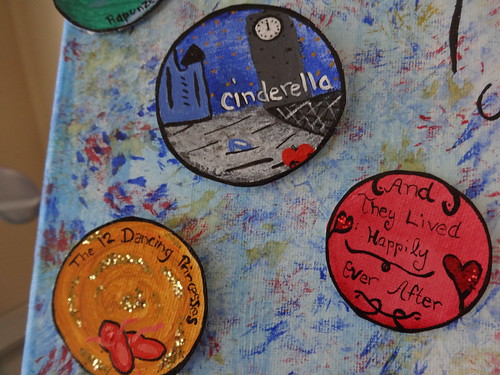 But, I found this news article about plans for a fairy tale museum in Denmark that will pay tribute to Hans Christian Andersen.