This was such a fun unit study that I just have to share! Out of all our unit studies, this has been my absolute favorite. I really like unit studies because they are hands-on and incorporate many subjects at once, making learning fun and something to anticipate and enjoy together. The subjects we’ve touched upon throughout this unit study include history, geography, art, English and a little science and music. Read on, and if you’re interested in doing your own version of this unit in your homeschool, I have created what I hope will be a helpful freebie (my first!) which you can “grab” at the end.

The idea for this unit came from a decision to create our own wall timeline which was something we had never done before. I came across a delightful 50 state postcard set on Amazon and made an impromptu purchase. This postcard set was perfect for our timeline. I cannot find the exact same set now on Amazon, but there are similar sets such as this one. (The only issue I see with the one I linked is that some of the postcards are printed vertical and others horizontal).

For this unit study, I chose the following as our base curriculum- 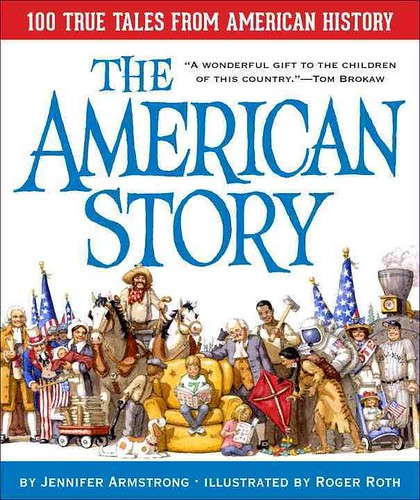 ♥ The American Story, by Jennifer Armstrong. I purchased our copy from Barnes and Noble. It features 100 factual short stories, beginning from the 1500’s. To use this book, we simply read one or more stories each day or week, keeping up with our timeline as much as possible. (I don’t think it’s necessary to keep up exactly.) This book would be perfect for multiple ages as a read-aloud. 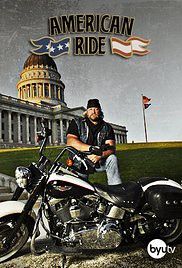 ♥ American Ride, which is an entertaining and accurate history series by BYUtv. We streamed each show from the BYUtv website through my son’s Kindle. We began with season one which starts off with the pilgrims, and continued watching in episode order. I recommend this show for middle and high school ages. Maybe one of my readers can suggest a similar resource for younger children? But this show was perfect for my 14-year old. We both enjoyed watching it and we learned a lot.

That’s it! From there we added one more read-aloud just for fun, our timeline of course, and a state notebook my son created himself. 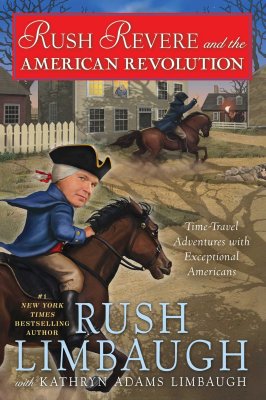 I thought about choosing living-books to represent some of the states, but decided instead to try a book from Rush Limbaugh’s children’s series Rush Revere and focus on a time period instead, such as the American Revolution. Any book in this series would fit this unit beautifully. Also, the website is fun and educational, so check it out! By the way, we really enjoyed this book and my son plans to read the whole series now. This book would work great for multiple ages as a family read-aloud or an upper- elementary aged child could easily read it on their own. We read this together before bedtime.

Each day we’d start this unit off by watching an episode or two of American Ride. Then we’d read from The American Story. Afterwards, we’d go to our kitchen table and work on the notebook pages for one to two states. ♥ The states were studied in order of their statehood dates. For each state, we’d look up the corresponding state page on history.com and from the interesting fact section, my son would select something to illustrate or create which would represent that state. For example, my son drew a diamond for Delaware since Thomas Jefferson called that state a “jewel among the states”. For Pennsylvania, he drew the Liberty Bell. For Maryland he looked up a photo of the original U.S. flag and illustrated that, using chalk pastels for color. ♥ Under each illustration, he’d write the history fact in his own words.

Usually this led us to further learning bits such as listening to Elvis Presley songs on YouTube (for Tennessee) or following directions for a snowflake tutorial to make a paper snowflake (for Montana who holds the record for largest snowflake, but that fact wasn’t found on history.com! We somehow came across it here.) This is how other subjects such as music or science came into play. Why not try a Kool aid experiment (for Nebraska)?

Ducksters.com state pages may be preferred for younger children.

We’d end our unit study time by adding the postcard(s) to our timeline board, along with any other dates we chose to include. Most of our history dates came from American Ride, others from The American Story, but a few came from random internet searches. We didn’t include every single date possible, just those dates we found most significant (the start and end of the Civil War) with a few fun dates mixed in (Snow White and the Seven Dwarfs made it’s film debut in 1939).

Don’t forget to add in a fieldtrip or two, at least in your neck of the woods. Here in Utah, we live close to Golden Spike where the Central Pacific and Union Railroads joined. Or explore your own hometown.

♥ Ready for your 2 page freebie? These are planning sheets. The first page includes the curriculum and supplies we used. The second page has our timeline dates and some tips. I’m sure these aren’t perfect so if you have any questions, need clarification or can’t get the links to work, just let me know in the comments below. If you do this unit in your homeschool or as part of summer vacation, be sure to let me know! ♥

9 thoughts on “Our Early State History Unit Study (and freebie)”