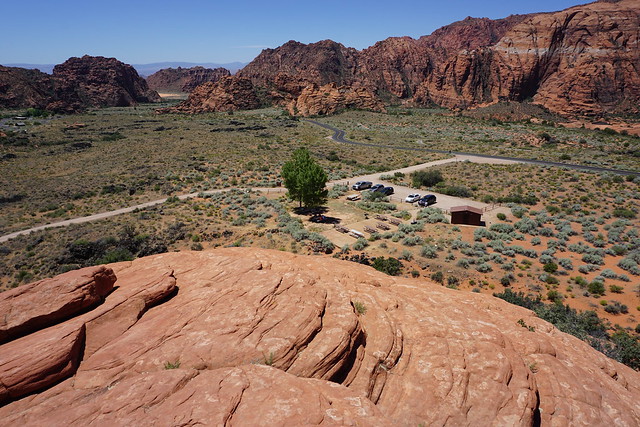 Snow Canyon State Park is located near St George, Utah. We visited there for the first time last month when we went to see Shrek the Musical and Newsies at Tuacahn. Snow Canyon and Tuacahn are next door neighbors.

The first trail we hiked was called Pioneer Names trail.

This trail is short and sweet, offering rock climbing for all ages, fun photo ops and great views.

Next, we visited a picnic site and I honestly don’t know what this area is called, but it had an awesome climbing rock. 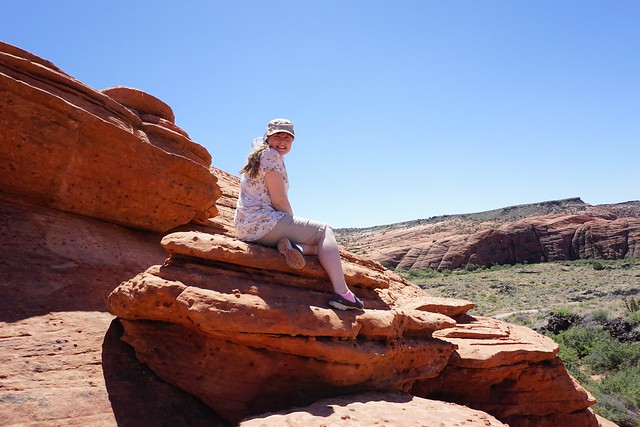 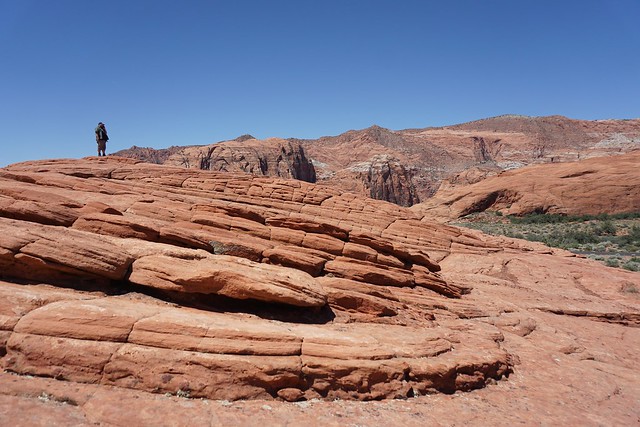 Once on top, there was a huge area to explore and spectacular views. 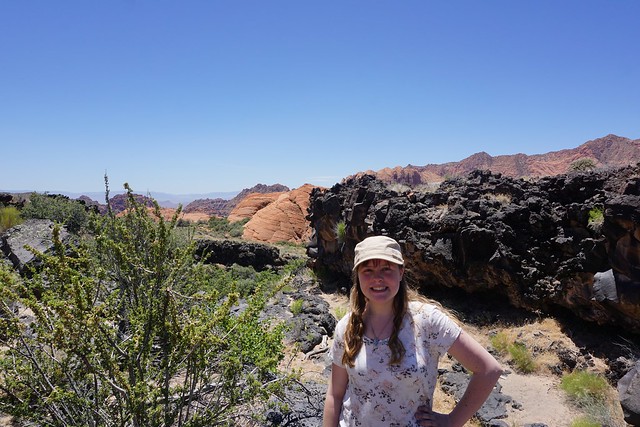 Our final hike was Lava Flow trail. We only hiked a part of it, but what we saw was lovely. The contrast between the lava rock and the red rock is cool. 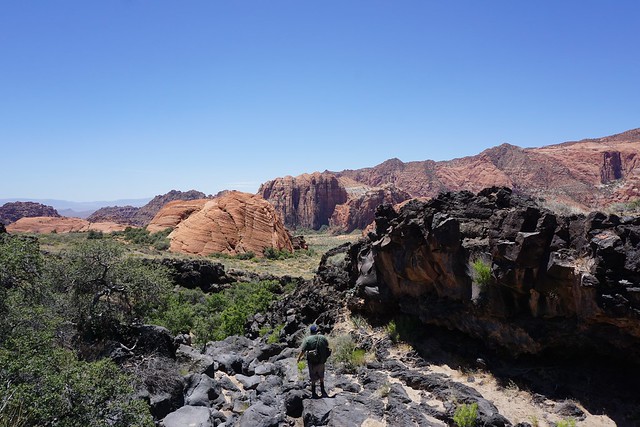 This was my favorite hike. There are several other hikes in Snow Canyon which we didn’t get to because of our limited time, but this was a great preview visit!

♥ Thanks for reading! If you’ve ever visited Snow Canyon, let me know. I hope all my readers are having an enjoyable summer. ♥