I was blessed to know my Great Grandma Nellie for all of my childhood. She even met my firstborn before she passed away at the age of 97. I remember going to her house when I was a little girl. She had a laundry shoot and my brothers and I would toss our toys down it and then go to the basement to collect them from the hamper. She would have homemade oatmeal raisin cookies in her cookie jar and this wonderful collection of old fashion toys like Tinker toys and tiny plastic ballerina figures which I loved to line up in a row on her piano top.

The other day I pulled out my baby book and rediscovered a letter from my Grandma Nellie, which she wrote to me the summer after I graduated high school. I was living in Colorado, on my own for the first time. She was sweet to think of me and send me mail.

Nellie’s cursive tells a special story to add to my 52 Stories. She starts out by explaining that it was the 24th of July, which is a pioneer holiday in the state of Utah, celebrated much like the 4th of July with parades and fireworks.

She was impressed by the police officers on their motorcycles at the start of the parade she saw that year. This tradition continues today. They make figure eights, obviously well practiced and timed.

At the bottom of the third page, she starts a new paragraph and here I quote her words:

“I had a special privilege given me this year. I was asked by one of the American Legion to give a 3-minute talk at the flag raising. I hope you won’t think I’m boasting. First I said I wouldn’t miss a flag raising ceremony if I could help it. I said I respect these men of the American Legion and what they stand for. I told them, ‘I am an adopted citizen of your country. I came from England in the year 1908. I was 11-years old. I entered an American school. In the history class I learned of Washington at Valley Forge, Lincoln at Gettysburg. I memorized that speech and still remember it. The Founding Fathers I loved. I took classes in citizenship, I took the tests, I passed, I graduated and received my diploma stating I was now a citizen of this great country. And now I’d like to repeat for you, President Abraham Lincoln’s Gettysburg Address.’

Then I did. As I left the stand by the flag pole I was greeted by Ila Webster and Vea Gean Hamiton, wives of American Legion men, and others and the men came forward with handshakes. The queen and her attendants embraced me. I was glad they had all enjoyed my talk. I timed it as I practiced at home. Just 3 minutes. As we were having dinner, or was it breakfast here, a lady who was over the play to be given at night, came and asked me if I would give Lincoln’s Gettysburg address again at 9:00pm that night before the play.

I was escorted up the steps, hand in hand, across the stage to the mike, introduced as the oldest citizen in Riverton. I started, than my mind went blank. What was I going to do? I just couldn’t let this lady down, nor could I disappoint the large audience before me, all quiet and waiting. I did the only thing I should- I said a silent prayer for help. Then I started again and went right through. My escort came to lead me down the steps- this time the steps down in front of the audience, but he felt they were too rickety as we left to go to the back of the stage. I couldn’t believe the applause I was getting.” 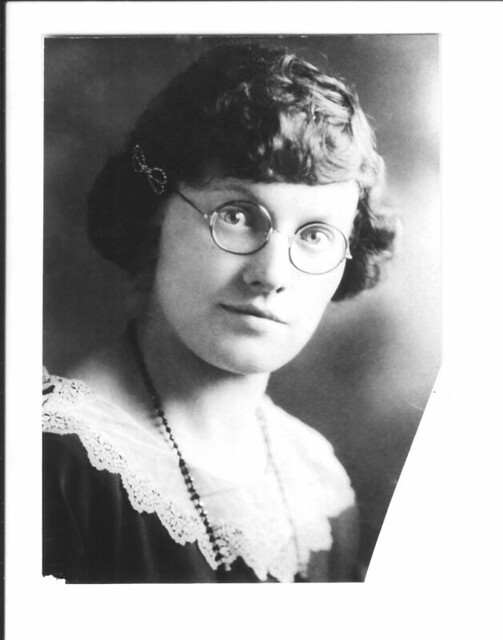 My great grandma taught me to love this beautiful country I call my home. She cherished her life here in America and I am so glad I knew her here on earth. I’m sure she’s watching over me and my children. She really was a lovely grandmother and someday I’ll be reunited with her.

♥ We just celebrated the 24th of July here in Utah once again. I’ll be sharing that with you in an upcoming post. ♥ Did you know your great grandma or grandpa? I’d love to hear any special memories you have of a favorite grandparent. ♥