In our homeschool we have read what I call “surprising books”. All, but one of these are books Marcus and I read together throughout his fifth and sixth grade years as part of a wonderful online reading class we shared together. I would not have thought to read these books otherwise and found each one to be touching, memorable, and worthy of reflection and discussion. I learned a lot from these books, many of which are true stories or based on true events. Several of these would make excellent additions to history lessons. 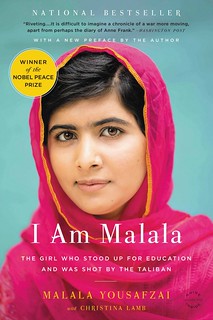 I Am Malala: The Girl Who Stood Up For Education and Was Shot by The Taliban, by Malala Yousafzai and Christina Lamb; There is a young readers edition, but I think we read the original. This is the true story of Malala, a brave girl who stood up for her right (and the right of all girls) to education in Pakistan. I’m so glad we read her story as we were touched by her spirit of hope, courage and determination amid global terrorism. 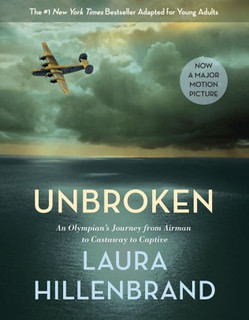 Unbroken (the young adult adaptation) by Laura Hillenbrand. This is the true story of Olympian Louis Zamperini and his horrific experiences as a prisoner of war during WWII. His story also covers his childhood, his military career, all the events leading up to becoming a POW, and his life (all aspects- physical, spiritual, emotional) after being freed. His story taught us to have strength and hope through any trial, big or small. His integrity as a POW is commendable. 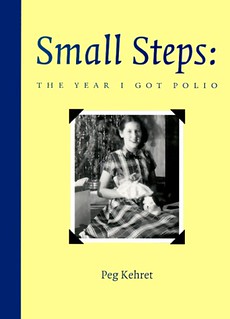 Small Steps: The Year I Got Polio, by Peg Kehret. This is the true story of a girl who was diagnosed with three kinds of polio at the tender age of 12, back in the 1930’s. It was quite the ordeal for her to go through as she was sent to a specialized hospital for treatment. She meets other children with polio and shares their experiences as well. It is a touching read that emphasizes the courage it takes to persevere through a disabling disease. 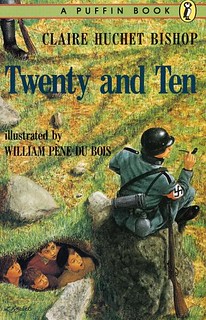 Twenty and Ten, by Claire Huchet Bishop. This story takes place in WWII when Germany occupied France. A teacher and her twenty students hide ten Jewish children, at great risk to their own lives. This is a wonderful story of compassion and courage. 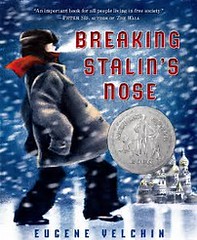 Breaking Stalin’s Nose, by Eugene Velchin. This is the story of a young Russian boy named, Sasha, during Stalin’s reign in Moscow. Like other children his age, Sasha has been brought up to revere communism and looks forward to the day he will become a Young Pioneer. When his father is arrested on false charges and something unfortunate happens at school, Sasha is tested in a way he never expected. The author grew up in the former Soviet Union and this historic fiction emphasizes all of the distrust, betrayal and terror that made up everyday life in that period of history. It was a sad read, but worth the critical thinking it produced. 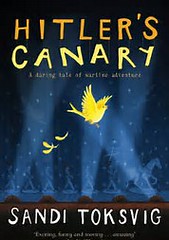 Hitler’s Canary, by Sandi Toksvig. Another story set in WWII, this takes place in Denmark and is about a family who has to make the choice whether or not to obey the Germans who invade their homeland. Do they stay in their “cage” and “sing” for Hitler or do they take part in the resistance movement in order to save their Jewish friends? 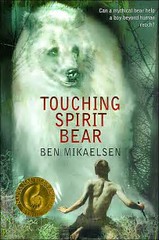 Touching Spirit Bear, by Ben Mikaelsen. This was one of my favorite reads with my son. It is the fictional story of an angry boy named, Cole, who has a lot to learn about the value of life, including his own. When Cole severely hurts another boy, he is given one last chance to redeem himself through a program called, Circle Justice. He is banished to a remote Alaskan island where he learns some Native American customs. It takes a long time on that island, a bear mauling, his dedicated parole officer and seeing how his actions have affected the boy he injured, for Cole to learn the lessons he needs to turn his life around. 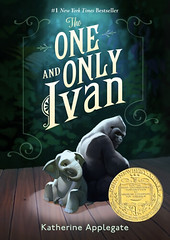 The One and Only Ivan, by Katherine Applegate. I loved this story about a silverback gorilla named, Ivan, who lives at a mall on display as a sort of circus attraction. The best part of this book is that Ivan himself tells his own story. Readers will love Ivan and his friends. This is based on the true story of a gorilla named Ivan who lived in captivity and was eventually moved to a zoo so he could have a better life. This story makes us ponder how we treat our animal friends. 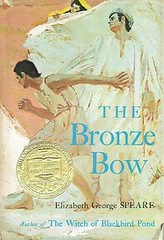 The Bronze Bow, by Elizabeth George Speare. This beautiful story takes place in Galilee when Jesus Christ walked the earth. A teenage boy who has good reason to hate the Romans, becomes acquainted with the gentle carpenter who teaches love and forgiveness over hate and revenge. 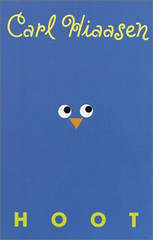 Hoot, by Carl Hiaasen. This is the only book that we read on our own and not through the online reading class I mentioned at the beginning of this post. My daughter, son and I read this work of fiction together and thoroughly enjoyed the story which takes place in Florida and involves some unlikely friends who ban together to protect a family of burrowing owls when their habitat is threatened by the construction of a pancake restaurant. We also watched and enjoyed the movie. 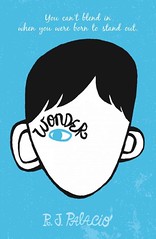 Wonder, by R.J. Palacio. I saved my absolute favorite for last. I can’t rave enough about this book. It’s just amazing! It’s about a boy named, Auggie, who has been homeschooled until 5th grade and then enrolls in a school called Breecher Prep. Auggie is an average boy, except for a huge facial deformity, which means that on top of dealing with normal middle school drama, he has to deal with how people react when they see his face. I really enjoyed how Wonder was narrated from different character perspectives. We hear from Auggie himself, from his sister, and from some of his friends. Later on, we also read The Julian Chapter which helped us understand Auggie’s bully, Julian, and where he was “coming from”.

♥ Have you read any of these books with your kids? Which is your favorite and why? Is there another book you’ve read which you would add to this category? I’d love any recommendations. ♥