I love this time of year when we see pumpkins everywhere.

As part of our Friday Nature Club, which I’ll detail more in an upcoming post, Marcus and I offer craft kits once a month. We design and assemble these kits ourselves and send them home with the children in our group. September’s craft was a fall sun catcher mobile and October’s craft was a pumpkin patch, which is what I’m sharing with you today. 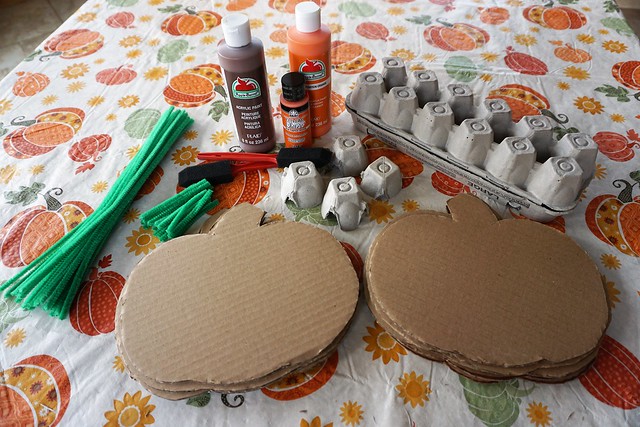 I also host little girl crafting parties at my house every so often. I invite my friends’ daughters over for hours of art and craft delight. I held a crafting party earlier this month where the girls also made pumpkin patches.

We used the following materials:

At least, these were the items we provided in our kits, along with a basic instruction sheet. We also poked a hole into the top of each egg cup, for the stem to easily go through. I have a special crafting tool for this, but it’s just a thick pin hole. 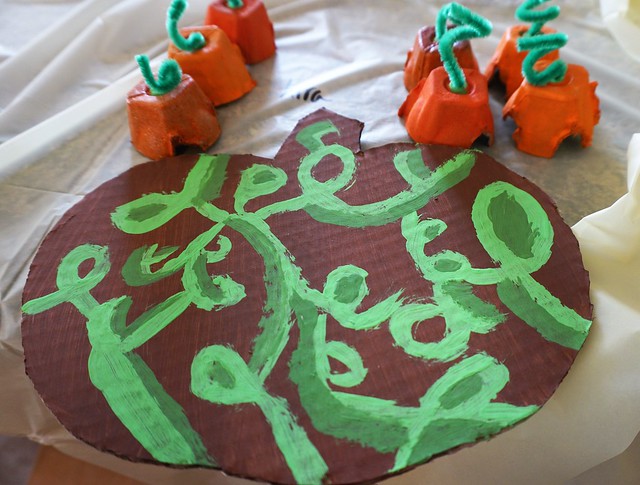 When my craft party girls made these, they started by painting one side of their cardboard pumpkins brown. Marcus chose to paint his orange and then added a layer of brown.

While the “patches” were drying, the girls painted their egg cups orange. I did have a few different orange colors for them to choose from, including glitter orange, which was their favorite. 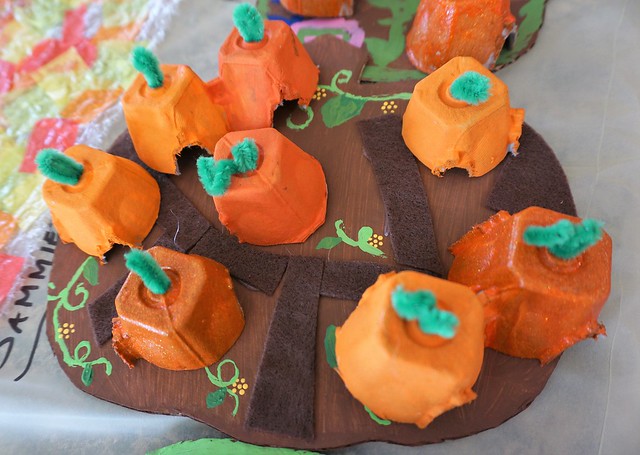 While their pumpkins were drying, they went back to their patch, now dry, and added some detail, such as brown felt pieces and/or painted green vines. They were pretty creative with this part, which is what made their patches truly unique.

When the egg cup was dry, they poked the chenille stick in, bent an end underneath so it would hold in place, and curled the top part a bit. And, that was it! A few girls glued their pumpkins into place, but most left them alone so they could rearrange and play with them as they wish. 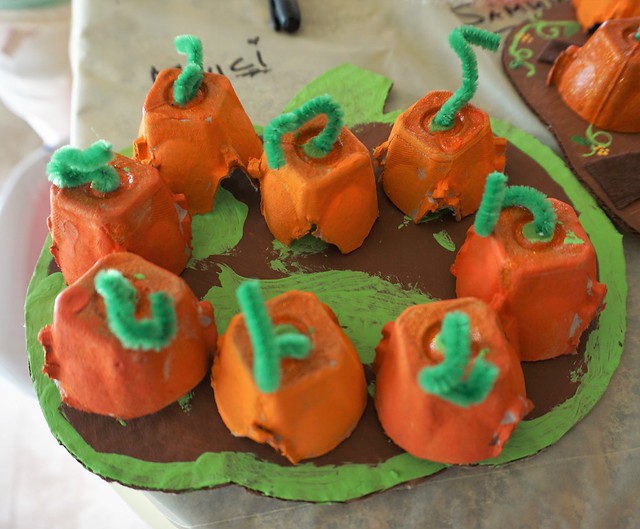 ♥ Do you craft in your homeschool or with your children? My tip for arts and crafts with kids is to allow their personalities and imaginations to shine through. That’s the best part. I always have at least one girl ask me for something I had not put out on the craft table. I think that’s great! I want each child to feel confident in their ability to create something with their own minds and hands. There is really no right or wrong when it comes to kid arts and crafts. At least not at my house. ♥

9 thoughts on “Our Pumpkin Patch Craft”