On Saturday, my daughter, Darcie, and I hosted a little girl spring craft party with 14 girls from our neighborhood. Our original group consists of nine girls, but often we end up with someone’s cousin or neighbor, making ten. This time, we ended up with one cousin and four neighbors (three which are sisters). It meant an extra shopping trip, but with Darcie’s help, we managed to keep the group contained to my craft room, kitchen and living room. We simply set a few rules and divided the girls into two teams. They even gave their teams a name: “Blue Penguins” and “Camie’s Awesome Owls”, which I was not expecting. 🙂

Darcie and I set up three craft stations- tulip gardens were made at my craft table; sugar scrubs were made at the kitchen table; and stamping cards and paper sacks took place at the kitchen island. This way, when a girl finished her scrub or tulip garden before the others, she was allowed to stamp and color a card and a paper sack (as a gift bag for the sugar scrub) where she was out of the way and still busy. We also set up an extra table for the girls to keep their crafts once they were finished. We taped a sheet of paper with their names on them to the table. 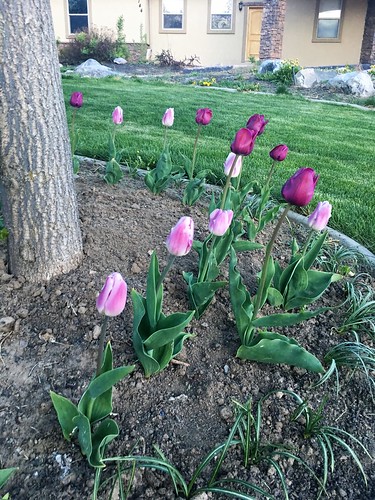 Inspired by the tulips growing in my yard which I planted last fall, I came up with a tulip garden craft which was fairly easy and turned out wonderfully. 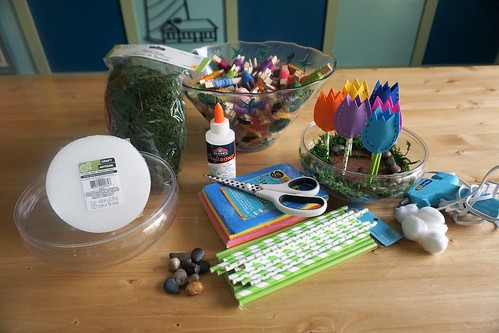 For this craft, I chose the following supplies- 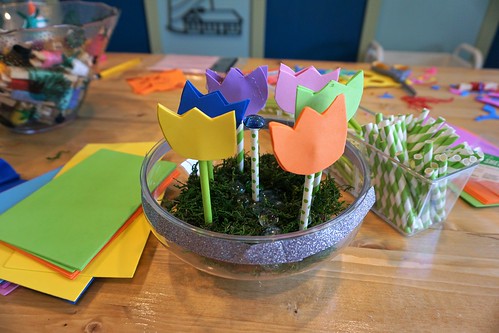 I did do some prep work beforehand for a group this size. Otherwise, I would’ve involved the child in each step, supervising the hot glue of course: 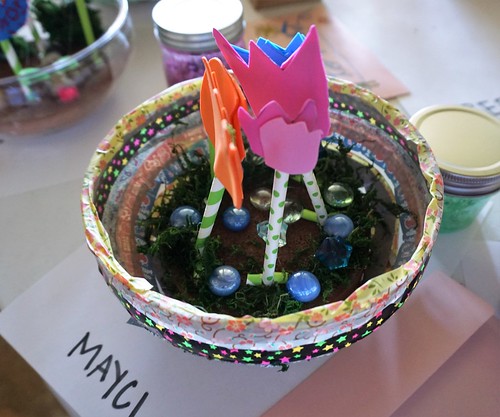 Most of the girls chose to decorate the outsides of their bowls first with washi tape. I tried to get them to apply the tape in small pieces, but they thought it was more fun to roll out long lengths at a time, haha. They turned out adorable even if the tape didn’t go on evenly due to the shape of the bowl. 😀 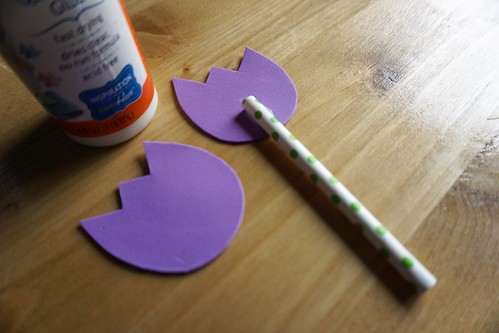 For every tulip, each girl either cut her own tulip design out of the foam or used my pre-cut ones, or a combination of both. Each basic tulip took two matching parts, one for the front and the other for the back, with the straw-stem glued in between. Then the front was glued to the back, with a little cotton fluff as filler, if desired. 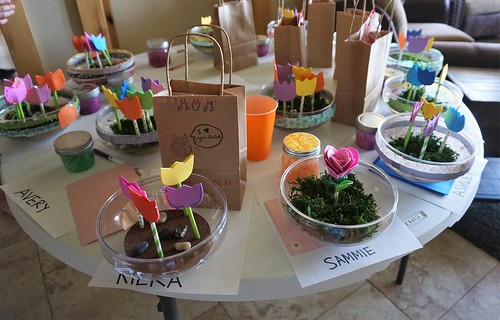 Some of the girls chose to create their own, more intricate design, and some girls were up to stitching their flowers with craft thread, which was great sewing practice. I overheard one girl ask, “Why don’t we just use a sewing machine?” 😛 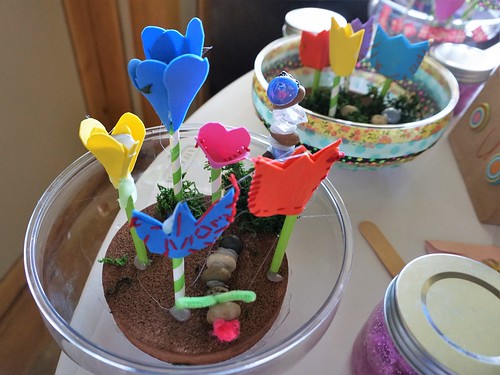 I supervised the girls with the needles and hot glue gun, of course. I ended up helping several tie their ends and I tried to show them two different ways to stitch. Once the tulips were finished, the girls placed them in the Styrofoam disks and glued down moss and river/glass rocks as desired. One girl made a caterpillar and rock totem. 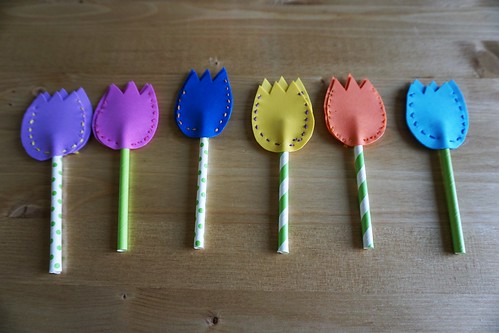 We could’ve added foam leaves, but I didn’t think of that in my prep work and I kind of like the simplicity of the stems alone. The important thing is that what I gave the girls to do sparked their creativity, which is the goal. I’ve heard it said that art is more open-ended than craft projects, but I disagree. I think crafts can be open-ended, too! 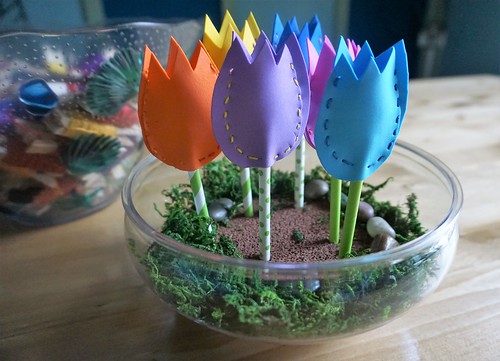 ♥ If you or your child makes this craft, I’d love to see it. Thanks for visiting my blog, and Happy Spring! ♥